Cheap film abounds boys and girls! It’s just not what you might think. Lithographic film isn’t for photography the way film film is. Lith film is photographically used for masking and copy work. If you want to create a mask so you can block out part of a negative that prints too dark you don’t have to cut out a mask with perfect precision–you just print it to lith and use the lith print as a mask. Or maybe you need to dupe some text, snap a shot either directly to lith film or print a negative of the shot to lith film and you’ll get a perfect transparency–clear film base and solid black text, no grey, no mud.

That’s fine if you want to shoot a grey dog on snow and have a negative that’ll print a black dog on nothing–really. Here’s a black box of the stuff on a black background with it’s white label. With no agitation we get a little bit of a tonal range even though this would be a high-contrast frame on any film, let alone a film that is higher than high contrast. If you want a full tonal range you can use a specialty developer, or use a standard developer crazy dilute. Arista’s Ortho Litho 3.0 is orthochromatic in addition to being lithographic so you can processes it under red light (ortho films are blind to red) and develop to inspection in trays. So lets give a look to a frame of a boring sort of test target, full color low-res scan of the target above, and the same as a scanned negative made with Arista Ortho Litho 3.0 below.

So besides the fact that I haven’t got the patience to bother with soft lighting we can still see a whole lot of contrast. We know stand development knocks down the contrast, and we know dilute developers are the best thing for stand. So if I knocked it down to maybe 1:50/1:60 and/or dropped it into the tray and left it for 4 minutes rather than swishing it about for 2 I might have got more grey separation on the dark side. As it is, there’s not a bad amount of tonal separation, if you consider this stuff was made to do white and black only.

There’s only so much one can do without getting a soft-acting developer, or making a other concessions to convenience. The problem is contrast, there’s plenty of silver density and the grains aren’t huge. Film developers are generally pretty slow, maybe 10 minutes as a basic developing time, so it’s going to take them a long time to get any density in the shadows–too long. By the time the shadows separate the highlights are going to be solid. So dilute it right? dilute it and we can do stand development and the developer around the highlight will get exhausted before they can act on all the silver and we’ll get some tonal range. Problem is, if you dilute a film developer too much you’ll end up making it so week it’ll exhaust around the shadows too, way before you’ve been able to get some range out of stand processing.

With Dektol, or any (very active, 1-2 minutes basic dev. time) paper developer, we can overcome the problem of exhausting the developer before the shadows have a chance to separate with a whole lot of dilution. It’s the same reason people like Bruce Barnbaum recommend using very dilute print developers and looooong slow dev. to inspection in the darkroom. Unlike the film developers because the paper has such a high level of activity it’s going to still work fast enough that the tones will separate before we run out of momentum, so the same strategy that gives Bruce amazing tonal range can turn a with film into a something more like normal film. Wicked contrasty normal film, but when you stop taking the pills your standards are sure to drop! 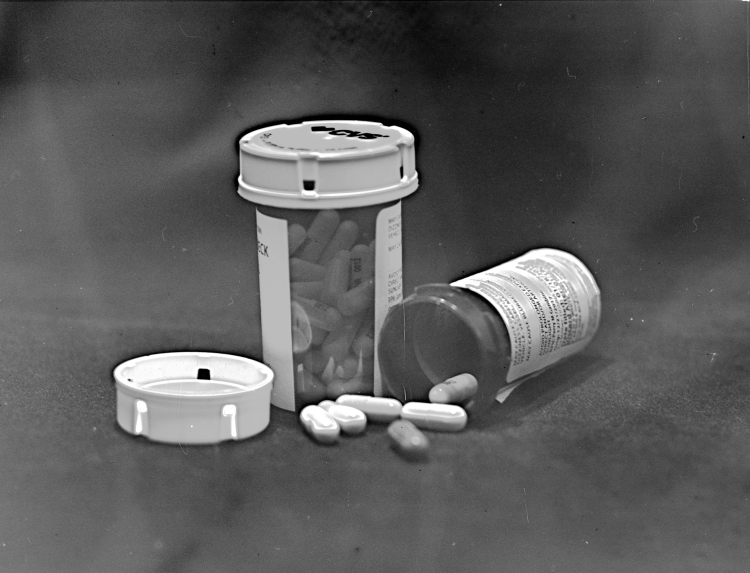